Katayoun Jalilipour is an Iranian-born multidisciplinary artist, writer based in the UK. Through humour, provocation and storytelling, their practice uses the body as the subject to talk about race, gender identity and sexuality. They use speculative histories and fictions to re-tell stories through a queer lens. They have an ongoing body of research looking for fragments of queerness hidden in Iran’s Qajar era, specifically stories that centre intimacy, eroticism and gender nonconformity. Katayoun is an associate lecturer on BA Performance: Design and Practice at Central Saint Martins.

Jaii is an Award-winning choreographer, dancer, singer, theatre-maker, and has over 20 years professional experience. Jaii has performed in Hair (European tours), starred as ‘Electra” in the 25th anniversary cast of Starlight Express, played ‘Angel’ in RENT (Creators Theatre Company), and will soon star in a new production of Kinky Boots (Wolverhampton Grand Theatre/Bilston Operatic Company).

Yvy DeLuca is a South Asian trans writer and performer. She is the author of Tainted Beauty - The Memoir of an Authentic Creation, which tells her story of being a trans woman of colour. As a performer, she is known as The BollyWitch, blending Bollywood culture and Witchcraft to create spellbinding art. The BollyWitch has featured in many queer events, including Manchester's Queeriosity and Trans Vegas, and London's Queer Bollywood event, Hungama. Yvy also featured in the BBC Two Documentary, Womanhood, speaking about the importance of including trans women in the conversation of womanhood.

Travis Alabanza is an award winning writer, performer and theatre maker. Their writing has appeared in the BBC, Guardian, Vice, Gal-Dem and previously had a fortnightly column in the metro. After being the youngest recipient of the artist in residency program at Tate Galleries, Alabanza debut show Burgerz toured internationally to sold out shows in Southbank Centre, Sao Paulo Brazil, HAU Berlin & won the Edinburgh Fringe Total Theatre award in 2019. Their writing has appeared in numerous anthologies including Black and Gay In the UK.

Growing up a hairbrush diva in rainy Manchester, HUSK idolised melody-centred pop icons Girls Aloud and Madonna. These early influences, mixed with adult-life musical interests like the New Wave of Blondie and The Cure, the well-crafted left field Pop of Dragonette and HAIM, with a love of Synthpop like Eurythmics and Christine & The Queens makes HUSK’s own catchy af, left-of-field, 80’s-nostalgic delicious Pop cocktail.

mandla is a Queer, Zimbabwean and agender writer, performer and creative and has no pronouns. Floating through the intersections of race, gender, sexuality, (lack of) mental health, class & foreign-ness - mandla is a leaf of love. We were thrilled to have mandla read some beautiful work at the Candlelit Vigil in 2021!

Maz Hedgehog is a writer and peformer working in the spaces between real and unreal, poetry and theatre, self and other. A founding member of Ink & Curtain Theatre Company, their work is lyrical and imaginative, frequently inspired by folklore and mythology.

Juno Birch is an English drag queen, sculptor, YouTuber and trans activist. She began performing in drag professionally in late 2018 and has since received significant media attention for her work. As an artist, Birch focuses on the female trans-experience and draws on the inspiration of “alien beauties” in her art to hold a mirror to society’s alienation of trans people.

Ebony Rose Dark is a visually impaired performance and cabaret artist who 'challenges the seeing eye' through cabaret. Ebony is a talented singer, lip syncer, dancer and story teller and their performances explore disability within the LGBTQ+ community.

Finley Odin is a talented contemporary dancer and choreographer based in Manchester. Finley remains a firm Manchester Pride favourite and we were thrilled to have them perform at both the Superbia Weekend and Trans Filth & Joy at the Gay Village Party in 2021!

Mzz Kimberley is an actress and cabaret artist, and entertains her audiences with jazz, soul, musical theatre and gospel. Kim landed her first film role in the cult hit ‘Killer Tongue’ with award-winning visionary director Alberto Sciamma. Kim joined Lloyd Daniels and Sam Redford as a supporting lead in a new musical, ‘Closet’s’, at the Hope Mill theatre in Manchester, and toured with Cyndi Lauper on the European ‘Girls Just Wanna Have Fun’ tour as a dancer! 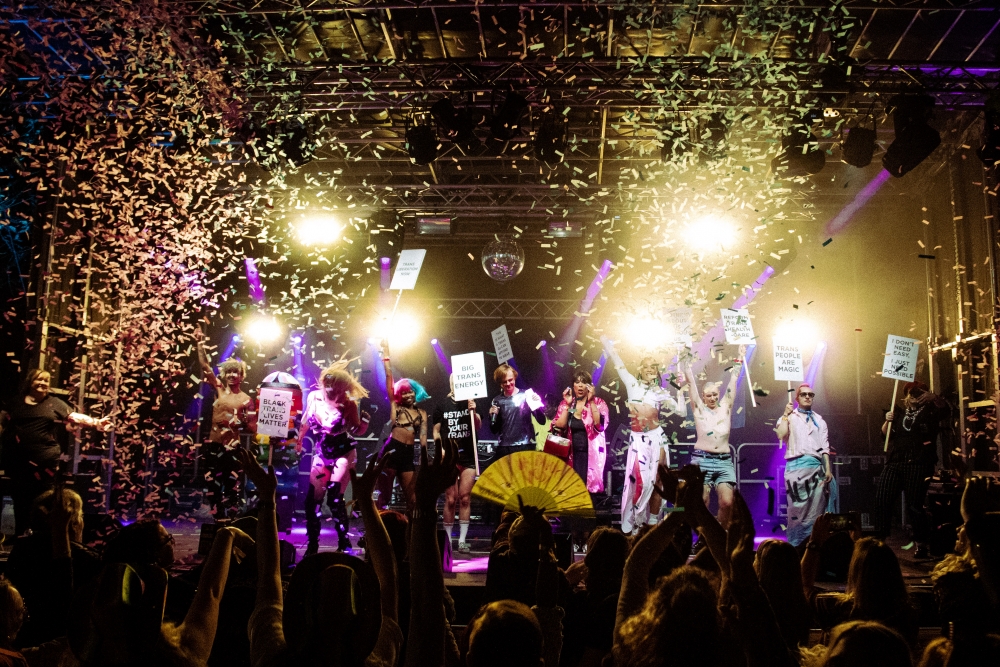 Check out and support the fantastic performers that appeared on our Trans Filth & Joy stage at the Gay Village Party 2021:

Indya Moore is a trans non-binary activist best known for playing the role of Angel Evangelista in the FX television series Pose. Time named them one of the 100 most influential people in the world in 2019.

Jeffrey Marsh’s spiritual and inclusive messages have received over 1 billion views on social media. Jeffrey is a viral TikTok and Instagram star, and is the first openly nonbinary public figure to be interviewed on national television. Jeffrey’s bestselling Buddhist self-esteem guide How To Be You, is an innovative, category-non-conforming work that combines memoir, workbook, and spiritual advice.

Kate O’Donnell is an award winning performer and writer, director and theatre and cabaret maker. In 2016 she founded Trans Creative arts company with the tagline “telling our own stories”.

Shon Faye is a writer and one of the UK’s leading commentators on trans politics. Her first book, The Transgender Issue, was an instant Sunday Times bestseller.

Christine Burns MBE has campaigned for over thirty years for the civil rights of transgender people, and has been involved with the trans community for more than forty. Her latest book, ‘Trans Britain’ describes the historical journey of trans people over more than a century.

Charlie Craggs is an award-winning trans activist, author and media personality best known for her national campaign Nail Transphobia, her LAMBDA nominated book To My Trans Sisters and her BBC documentary Transitioning Teens.

Radam Ridwan is a queer non-binary model and writer from Indonesian and Australian origins, currently living in in London. They are passionate about QTIPoC empowerment and use their platform to spread non-binary positivity.

Angelica Ross is a businesswoman, trans rights advocate and actress, starring as Candy Ferocity in Ryan Murphy's FX drama series Pose. A self-taught computer programmer, she went on to become founder and CEO of TransTech Social Enterprises, a firm that helps employ transgender people in the tech industry.

Raquel Willis is an award-winning writer, activist, and media strategist dedicated to Black transgender liberation. She has held groundbreaking posts throughout her career including director of communications for Ms. Foundation for Women, executive editor of Out magazine, and national organiser for Transgender Law Center.

Fighting for the beauty of fluidity, half-American, half-British Harris Reed designs to create conversation. Growing up with a strong sense of self, Reed was able to quickly understand the transformative power of clothing and its correlation with identity and liberation.

Jake Graf is an international multi award winning director, writer and actor known for his roles in ’The Danish Girl' and ‘Colette’, and for viral hit ‘Headspace’. Transitioning in 2008, and after a lifetime of searching for positive representations of trans people onscreen, Jake wrote, directed and starred in first film ‘XWHY’. Captain Hannah Graf is an Officer of the British Army serving with the Royal Electrical and Mechanical Engineers. She is a decorated Officer, having deployed to Afghanistan, Kenya and Canada. In 2013 Hannah came out as a transgender woman and became one of the highest ranking transgender soldiers within the British Army. In 2015 she became the first Patron of the charity Mermaids.

Munroe Bergdorf uses her platform to amplify marginalised voices, offering insight and instruction on feminism, diversity and LGBTQ+ topics. Munroe has become recognised globally for her activism, covering many of the world’s biggest magazines and receiving numerous media accolades. In October 2020 Munroe was named among ‘100 Great Black Britons’ alongside Steve McQueen, Edward Enninful and Bernardine Evaristo.

Umber Ghauri is a makeup artist, writer, model and public speaker. With a passion for celebrating marginalised identities, Umber began their journey with a degree from The Courtauld Institute of Art, quickly moving onto a makeup training course. Combining an understanding of historical and current representation within art and media, Umber realised the role of makeup artist was one of great responsibility where LGBTQ people, disabled people and PoC are underserved.

Jamie Windust is a mordel, author, public speaker and accomplished journalist, and has written for everyone from The Independent to Gay Times. Named one of London’s most influential people, Windust released their first book, In Their Shoes: Navigating Non-Binary Life in 2020, which confronts issues faced by the gender-diverse in modern day.

Michaela Jaé Rodriguez is an American actress and singer best known for her role as Blanca Evangelista in Ryan Murphy's FX drama series Pose. Michaela recently made history as the first transgender actor to win a Golden Globe.

ALOK is an internationally acclaimed writer, performer, and public speaker. As a mixed-media artist, their work explores themes of trauma, belonging, and the human condition. They are the author of Femme in Public (2017), Beyond the Gender Binary (2020), and Your Wound/My Garden (2021).

Juno Dawson is a bestselling novelist, screenwriter, journalist, and a columnist for Attitude Magazine. Her writing has appeared in Glamour, The Pool, Dazed and the Guardian. She has appeared on Pointless Celebrities, BBC Women’s Hour, Front Row, ITV News, Channel 5 News, This Morning and Newsnight. 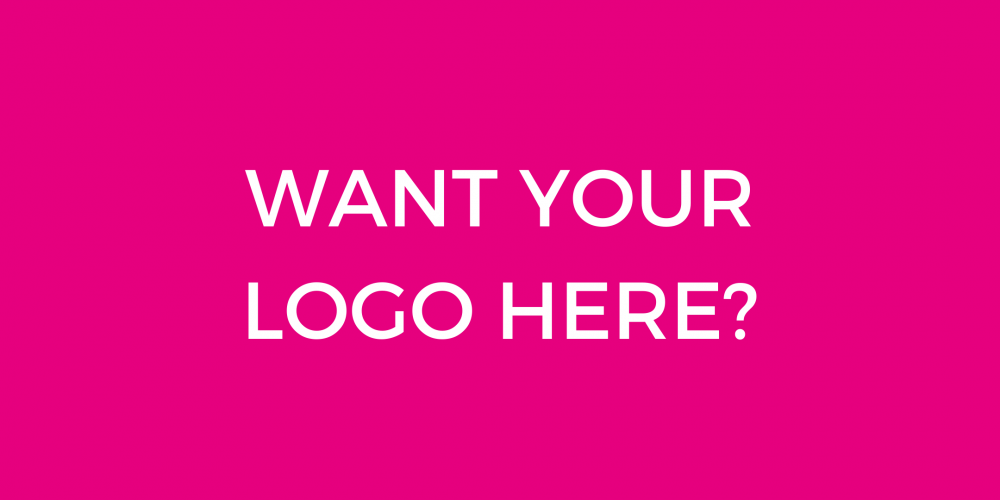