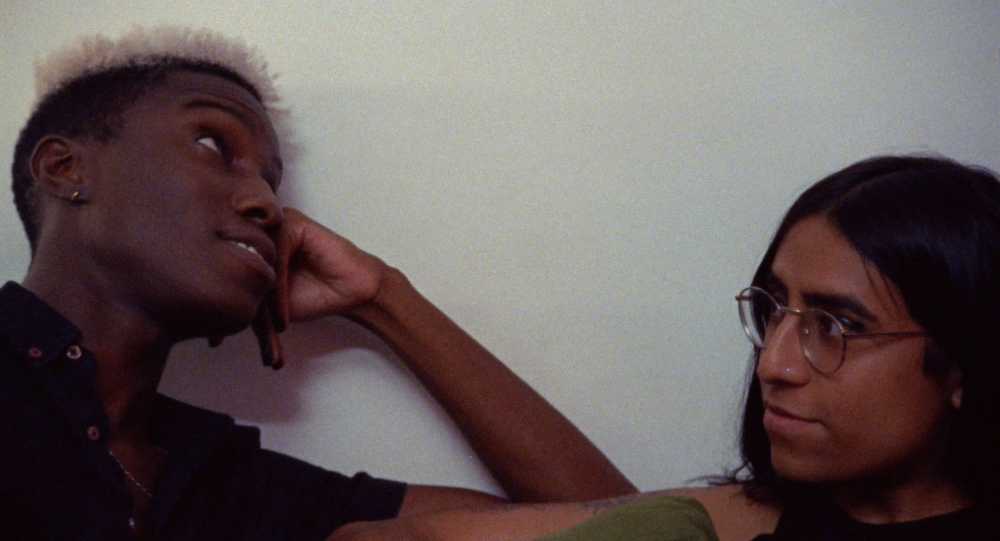 
Join us Monday 25th July as we present a double screening of So Pretty, directed by Jessie Jeffrey Dunn Rovinelli.

Please note: Free tickets are limited to 1 per order. Each attendee must register for their own ticket.

Four young queers in New York City struggle to maintain their proto-utopian community against the outside world as their lives curiously merge with the 1980's German novel “so schön” by Ronald M. Schernikau.

A transgender visual artist, Tonia, comes to New York City in 2018, where she meets her American boyfriend, the academic Franz, and works on an new exhibition of a work built around the legacy of German author Ronald M. Schernikau. Tonia and Franz talk politics, art, and love, go dancing, drink coffee, fuck, protest, and organize alongside their friends, the couple Paul and Erika, a transwoman and musician, and Helmut, a transmaculine political radical. When Paul becomes injured by the police following a political action, their social space is momentarily shattered. At the same time, the audience comes to realize that their lives and the film are morphing into a version of Schernikau’s novella so schön, a communist-themed depiction of four lovers in 1980s Berlin, read aloud by the characters throughout the film in voice-over and at the art installation. The film is overlaid with a mosaic of music from Rachika S, who also plays Erika, and a host of female electronic musicians.

An investigation of leftist politics and femme identity in the context of an increasingly right wing world, So Pretty moves freely between fictional depictions and semi-documentary, adaptation and translation, looking towards the artistic and personal worlds its characters generate across time and culture as a space for new tensions and potentials.

“It will all work out, little mouse. It will be something totally different than we can imagine." -- Ronald M. Schernikau, so schön 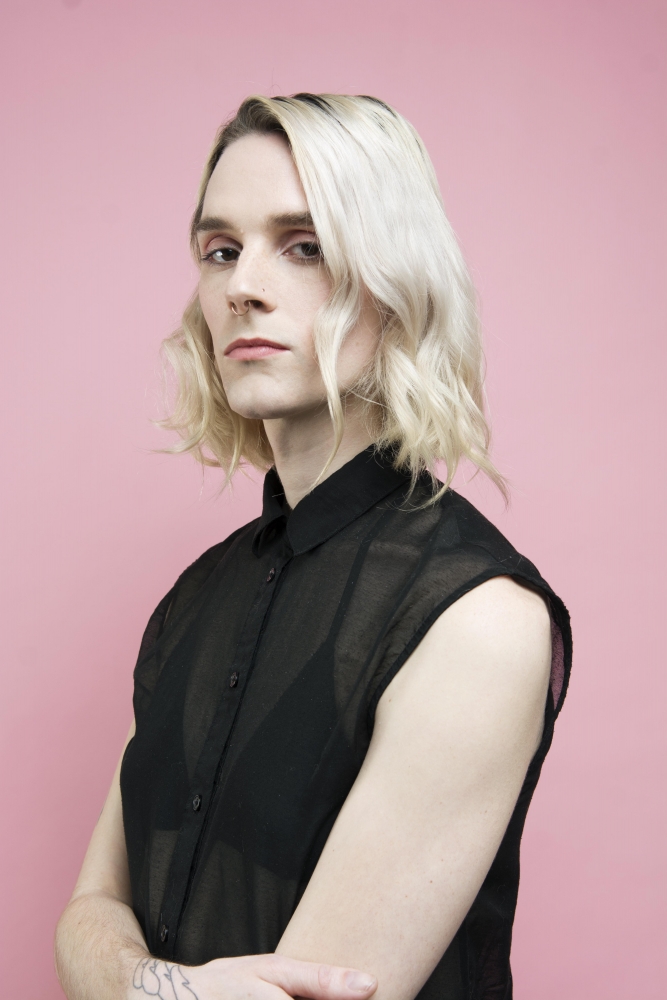 Jessie Jeffrey Dunn Rovinelli (b. 1988) is a film director, editor, colorist, and critic living in Brooklyn. Her first feature, the performative documentary Empathy, premiered in FID Marseille in 2016 and received the Prix du CNAP.


When I discovered Ronald M. Schernikau’s novella from which this film is adapted, it slipped into subconscious, quietly becoming a lynchpin I oriented myself around me as I came to rearticulate my approach to both my body and politics as both became increasingly unbearable for me. Years later, it became clear that the way to repay this debt to the work was to continue this dialogue through a film, as a way of attempting to speak to an important figure I would never be able to meet due to his untimely death.

I chose to make a work that was a translation and a transposition rather than a traditional adaptation, both maintaining his written text and inserting my interventions into it. If the novel documents, roughly, the author’s life and loves and politics, I’ve done roughly the same, making a fiction that moves towards documentary, in a sort of opposite move to my last film, a documentary that moved towards fiction, taking the social and artistic practices of Schernikau and my actors as a site for continued investigation. I’ve tried to maintain the tensions of contemporary US milleu and the tensions inherent in the novel and the process of adapting it, but the overwhelming approach was one that tried to maintain its stunning gentleness, prettiness, it’s attention to gesture and presentation, and its ability to locate these as a site of utopian practice in the here-and-now. Over the years, this has come to seem a fragile path forward.

And so I’ve made a deliberately “superficial” film that stakes a claim to the capacity of sensuous community contained in that term, that takes that superficiality as an important, real, and powerful aspect of a project of building new social relations written off by a dominant capitalist understanding of “depth.” I’ve attempted to make something open and inviting, taking the rhythmic looping patterns of dance music as my structure and the everyday choreography of bodies as my material, with the hopes of making a film that through a certain “prettiness” can render possible a desire for new ways of being, to see the contours of new bodies and selves and relations.

In the end it is, of course, a love letter, one I hope other can share in. It is also, of course, a coming-out film for me as a transgender woman, but I hope it can be more than that, that it can locate the utopian in diverse ways of being bodies and moving bodies, despite or within in the horror of the here-and-now that Schernikau so radically posits, that it can open for others the political and personal doors that were opened for me. 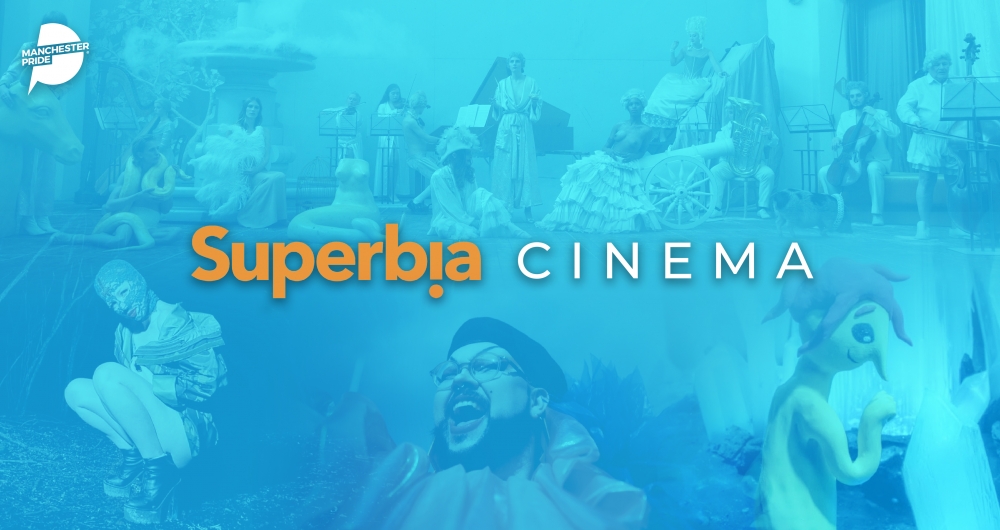 
The theme at Ducie Street Mini Cini in June was 'Otherness', and Superbia Cinema retuned to showcase four fantastic short films by LGBTQ+ creatives. Guests also enjoyed a special filmmaker Q&A with Jaii Andrew, choreographer of Anywhere Is A Dancefloor; Divina de Campo, drag icon and performer in the surreal queer fantasia Diva; and Lina Kalcheva, award-winning animation director of Other Half.

A filmmaker delves into the world of online sex workers by becoming one herself using a false persona on OnlyFans. Realising it's not as straightforward as she first thought, she begins pushing her own boundaries to attract followers. But will it ever be enough?

OTHER HALF - Directed By Lina Kalcheva


Other Half is the story of Ren, an Individual Being on a quest to find love and finally become complete. Other Half explores the ways in which changing yourself to be in a relationship won’t make you complete, and that true completeness can only come from within.

ANYWHERE IS A DANCEFLOOR - Directed by Mat Beckett


‘Anywhere is a Dancefloor' is a new collaboration between  choreographer  Jaii Andrew, and drag artist & cultural producer, Fatt Butcher, produced by The Motion Dance Collective. Through celebrating the creativity, resilience and fierce spirit of Birmingham’s LGBTQ+ nightlife community, this new work is an invitation to the city to create their own dancefloors anywhere and everywhere.