We're very excited to share that, thanks to all your votes, we are the first LGBTQ+ event to win Best Large Festival at the UK Festival Awards.

The shortlist included the likes of BST Hyde Park, Reading and Leeds Festival, Download Festival, TRNSMT, and Isle of Wight Festival but Manchester Pride came out on top after going to a public vote.

The Manchester Pride Festival 2022 was co-designed with you, Greater Manchester’s LGBTQ+ communities, so we share this accolade with each and every person that contributed. This year saw stage takeovers from the likes of Black Pride MCR, Trans Creative and Drag Race UK winner, Danny Beard.

The Pride In Our Future report released earlier this year revealed a desire from Greater Manchester’s LGBTQ+ communities for the city’s Pride celebrations to focus on its activist roots and we were delighted to be able to welcome back the Manchester Pride Parade for the first time since 2019 after Covid-19 restrictions put a halt on the march in recent years.

Held each year over August bank holiday weekend, Manchester Pride Festival also includes elements such as Human Rights Forum, the Gay Village Party and the Candlelit Vigil – all which were identified as vital in furthering the cause of community-led activism.

This year we're proud to say we delivered our most queer and diverse programme to date, with over 86% of our artists being queer, more than 53% being women, over 52% people of colour, over 46% of our performers were trans or non-binary, and over 10% of our artists were disabled.

To win Best Large Festival means so much to all of us here at Manchester Pride, given only half a century ago we still had to hide who we truly are. The work of Pride organisations and other LGBTQ+ charities isn’t over. Hate crimes towards our communities here in the UK have doubled in the last five years, our trans siblings have to fight just to live their lives authentically, and there are still 69 countries with laws that criminalise homosexuality. 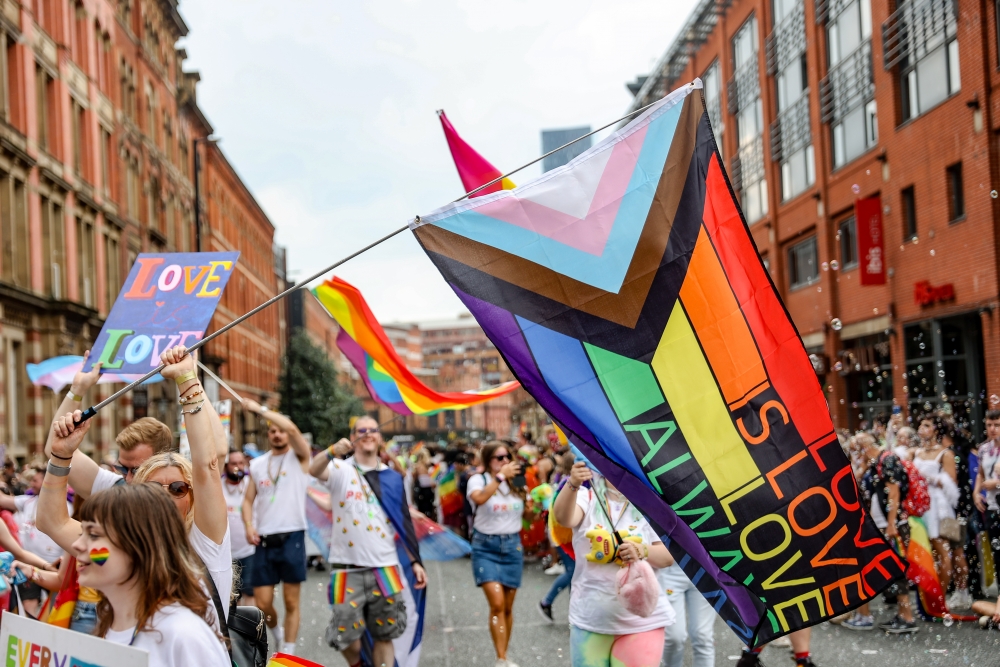 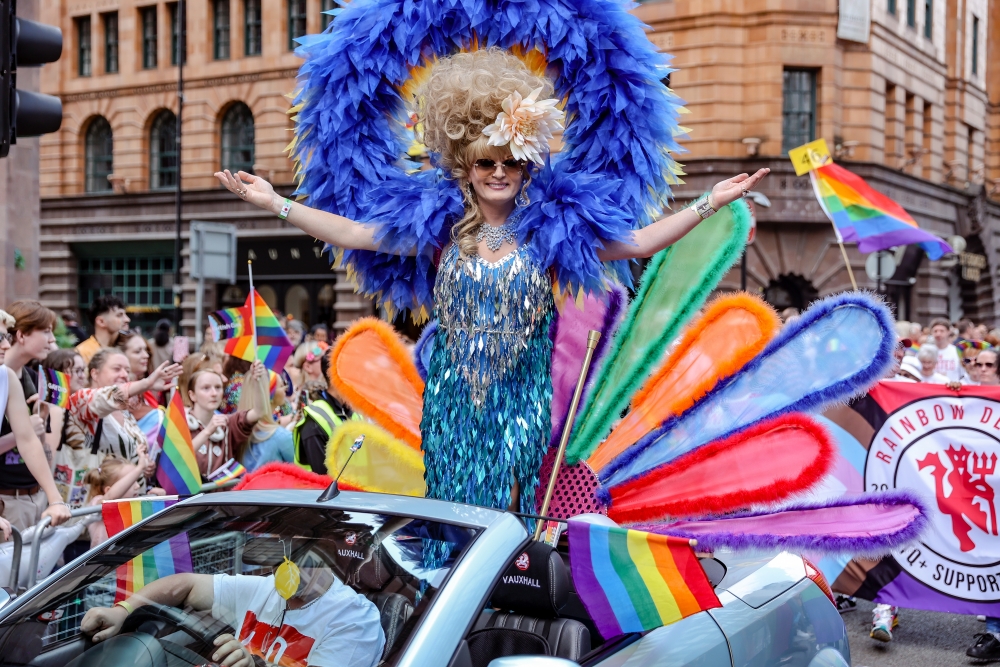 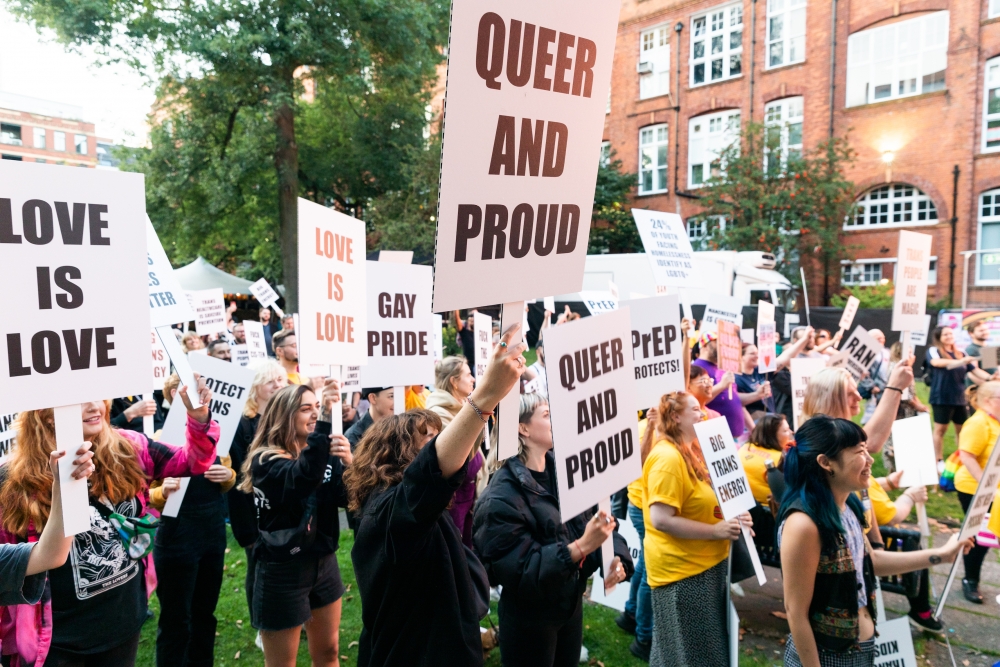 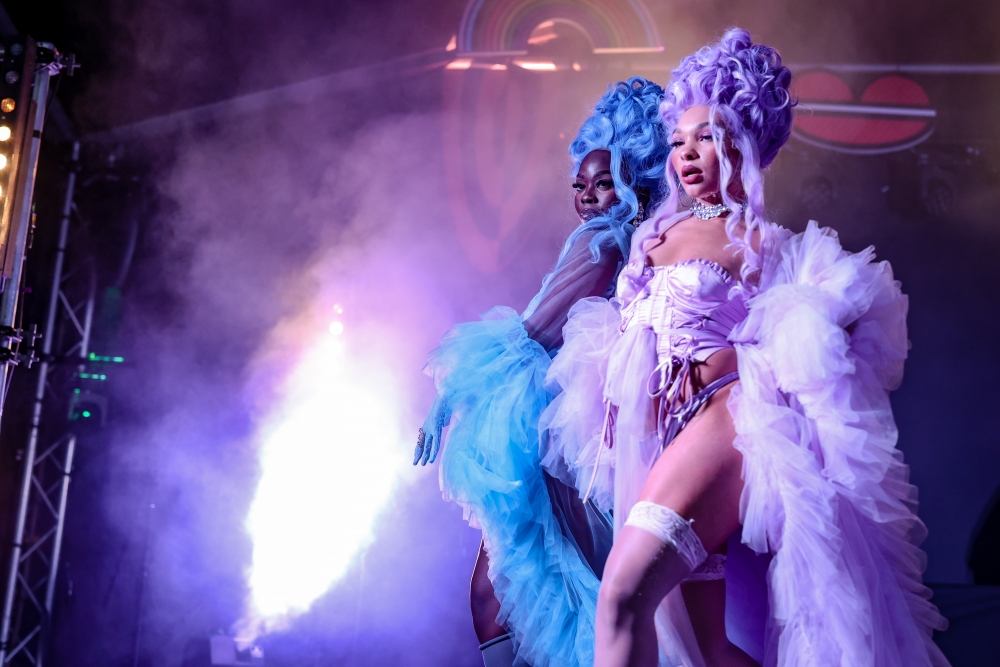 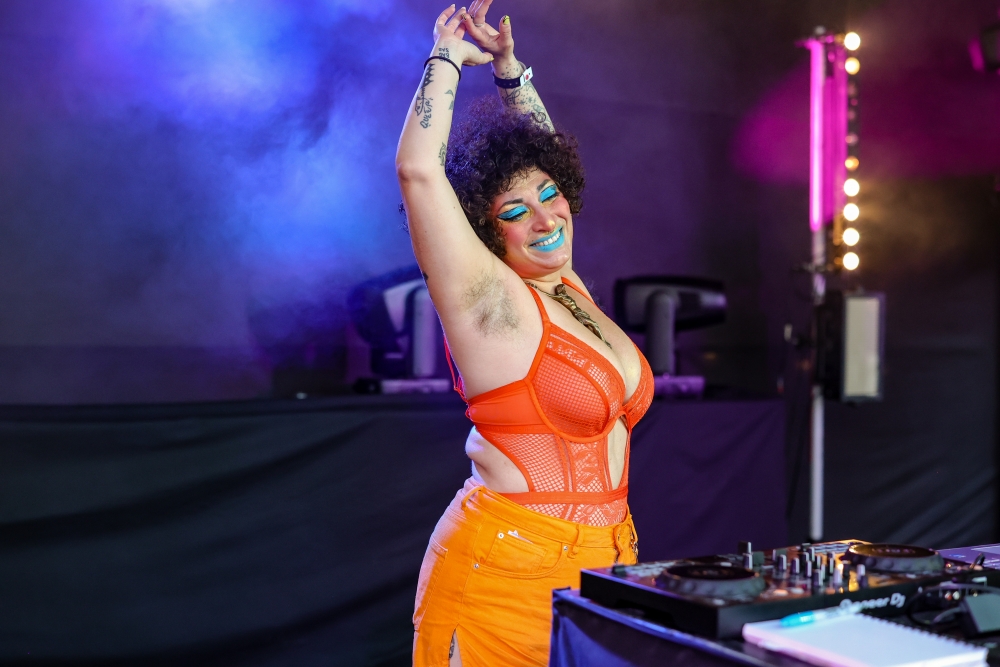 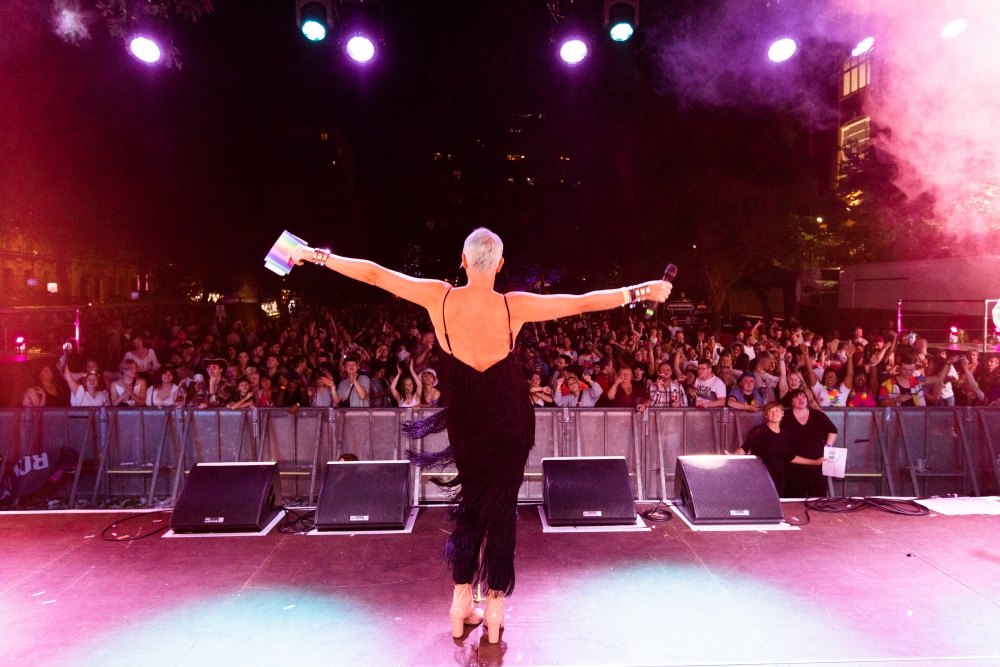 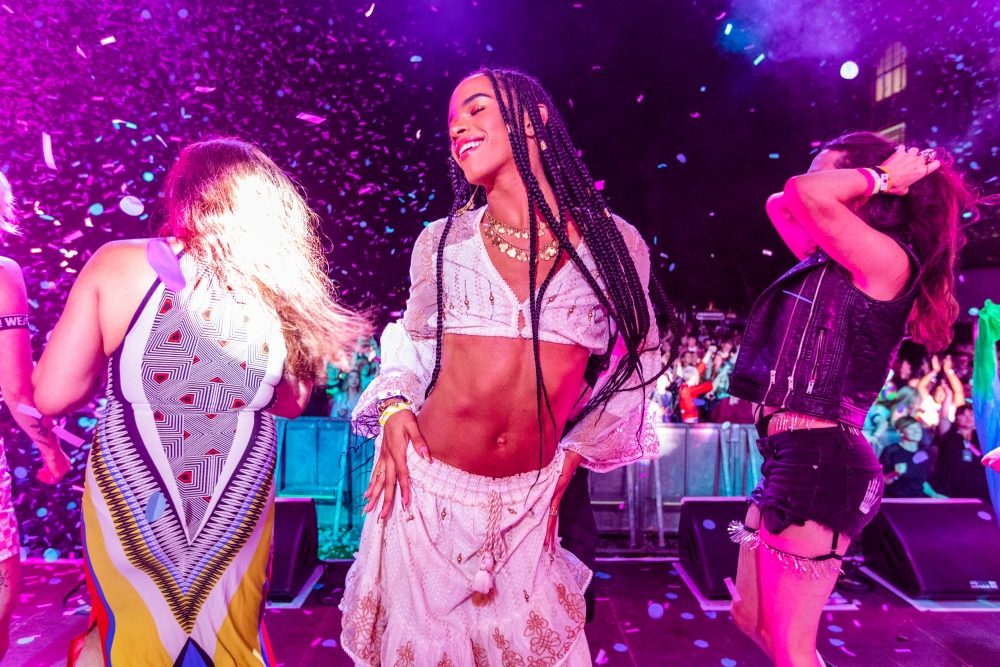 We are looking forward to welcoming back Parade participants in floats and walking entries from groups across the region.

When will the Manchester Pride Festival line-up be revealed?+
We're working hard behind the scenes to bring you another fantastic line-up for 2022! We're are taking the necessary time to ensure we can continue to stage world-class celebrations for the community to enjoy.

Stay tuned to our social media channels and be sure to click the bell icon and turn on notifications so that you're the first to know when our line-ups are released.
How is best to travel to Manchester Pride Festival?+
Travelling by train?

The closest train stations to the event are Manchester Piccadilly or Oxford Road.

The easiest way to get to and from Manchester Pride Festival is using Metrolink.

Take a bus to Manchester Piccadilly Gardens. From there, the Gay Village Party event site is a two minute walk and just across the road.

From Manchester Airport, you can take a train or the Metrolink tram to Manchester Piccadilly. Alternatively, you can take a bus to Piccadilly Gardens from the airport.
Where should I stay over August Bank Holiday weekend?+
There are many different accommodation options within walking distance of Manchester Pride Festival. You may wish to book a hotel, a B&B, an Airbnb or stay with friends over the weekend.